Al-Aqsa is the second oldest mosque of the world, and holds great importance for all Ibrahimic religions (Muslims, Christians and Jews). It holds a unique history and has an important status in the events that will happen near the end of times.

Why is Al-Aqsa so special?

Al-Aqsa is a special place for Muslims for many reasons:

Did you know that our beloved Prophet ﷺ and his companions prayed salah facing Bayt-ul Maqdis (Masjid Al-Aqsa) for sixteen or seventeen months?

Then Allah revealed the verses from Surah Al-Baqarah (2:144) that gave Muslims a new Qibla – Al-Masjid-ul-Harām.

Some Muslims heard of this order during prayer, and they changed their direction to Ka’bah while still bowing [3]!

Al-Aqsa was built forty years after the construction of Ka’bah.
The Messenger of Allah ﷺ told us that the first mosque built on Earth was Al-Masjid al-Haram (Ka’bah in Makkah) and the second one was Al-Masjid al-Aqsa (in Jerusalem) [1] 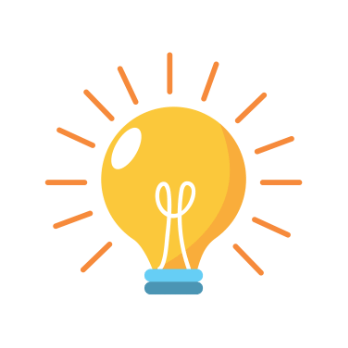 The word Al-Aqsa means ‘the farthest’. It was the farthest mosque from Makkah, where our beloved Prophet Mohammed ﷺ went during his journey of Isra and Mairaj. It is also called Bayt-Al Maqdis or Bayt-Al Muqaddas which means ‘a sacred house’.

The Night Journey (Isra and Mairaj) is a miracle of our beloved Prophet Muhammad ﷺ. He travelled from Al-Masjid-ul-Harām (Ka’bah) to Masjid Al-Aqsa and then to the heavens in one night.

The area surrounding Masjid Al-Aqsa is blessed. Here, all the Prophets including Prophet Yusuf (as), Prophet Musa (as) and Prophet Sulaiman (as) had assembled and our beloved Prophet Muhammad ﷺ led them in prayer [4]

The people of Quraish did not believe in Prophet Muhammad ﷺ when he told them about his special journey (Isra and Miraaj) and made fun of him. Then Allah displayed Jerusalem in front of the Prophet ﷺ so he could describe it in detail for the disbelievers while looking at it. [6] The disbelievers were astounded at the accuracy of the description but still did not believe.

Our Prophet Muhammad ﷺ told us that Ash Sham (Greater Syria), the area around Masjid Al Aqsa is blessed and gave glad tidings about it. He said that angels spread their wings over it [7].

Who was Salahuddin Al Ayyubi?

Salah al-Din Yusuf ibn Ayyub, also known as Saladin, is an iconic figure known for recapturing Jerusalem from the Crusaders in 1187 CE. He is one of history’s greatest heroes and is praised by Muslims and Non-Muslims alike.

When Crusaders captured Jerusalem, the bloodshed and horrors were great. Al-Aqsa was used as a dumping area for the city.

But when Salahuddin recaptured Jerusalem, he entered humbly and promised peace and security to all. Everyone had freedom to practice their religion.